As you all know I am the Hydra and remember this is my story not that Hercules guy. MY STORY! Also remember that I saw things very differently. Now let’s start.

It all started a long time ago when I was only 4 years old and I only had 3 heads. Everyone said that I was the ugly and a grotesque mini Cerberus and that I was supposed to have 9 heads and that there was something wrong with me. I tried to make my skin smooth with Nivea but it just doesn’t work and when Jerry the Cyclops came over to play he just said “ Your toys are so dull and I can’t believe you play with barbies,”. By the way that really hurt my small kind heart. That was when everything changed…

By the time I was 9 all of my heads were fully grown and Koelomos the Greek god of stupidity found me popular (I actually know that I wasn’t but it felt good for someone to say that). Suddenly I just randomly started to get reactions to the water I lived in (I think it was because of the Nivea). My mummy said that it was an allergic reaction so from then on most of the time I was on land and I thought that everyone was allergic to the water too. So I decided to tell everyone that they were allergic too and of course no one believed because I wasn’t the popular kid like the Chimera I was the loner of the school. From then on I started to feel the anger and the loneliness and the sadness. 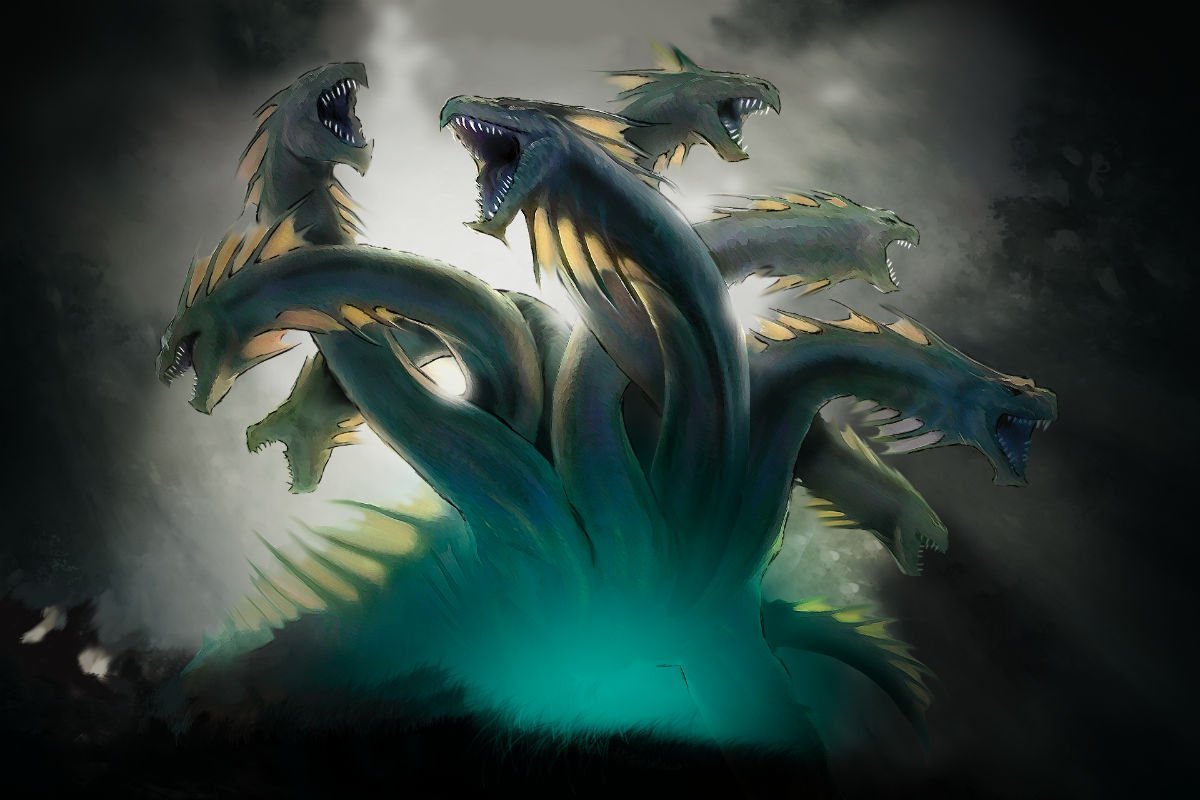 When I was 13 years old I was that monster that would just sleep in and play video games you know and I barely talked to anyone not even my mummy. At that age that was when the news went out to the humans that there was a deadly hydra living near the frosty waters. That was when Hercules came and he told the fake story. UGH. He didn’t know anything about anything, he didn’t know what I felt, he didn’t know if I was actually dead or if I was faking it. He DIDN’T KNOW ANYTHING! All he knew was his side of the story. Now this is where the story actually starts. One day I was slithering across the land near the water and I saw something glistening in the distance. I couldn’t properly see what it was. Was it the Typhon? Was it another Hydra? What was it? As it came closer I could see that it was some sort of little cyclops with two eyes, a shield and a sword. He swung his sword at me and cut of my head. I could feel another two pushing out now I had eleven heads. He placed a torch on them and stopped my heads from growing back. If none of my heads grew back then I would die. I was eliminated.